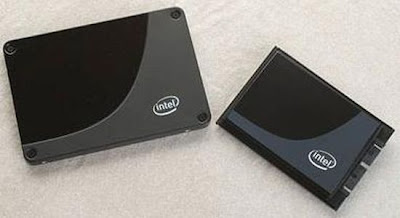 Intel Ships 2.5-inch 160GB SSDs For Nerds Demanding High Storage - Gizmo Watch: "After Toshiba’s claim of revealing a 512GB SSD at CES 2009, the motive to state supremacy has got a new wind. On one hand, it’s a fierce competition between manufacturers, and on the other it is a market grabbing game between SSD and HDD. Taking on the might’s of Samsung and Toshiba, Intel has begun shipping its 160GB Solid State Drives come holiday season, to make an entry into the spree of high capacity drives – which is steadily becoming a need of the hour."
Postado por Unknown às 1:32 PM